Karma has never had so much fun before she met Joe Biden.

Sure, she’s had some epic good runs, but nothing like the daily doozies she’s dishing out to Bumbling Joe.

At this point, this guy literally can’t say ANYTHING without it coming back to haunt him within like 15 minutes, tops.

Have you ever watched a so-called “president” go down the tubes so fast? If Joe Biden really had gotten 81-million legal votes, his lightning-fast failure would be mathematically impossible, but since he cheated, he’s sinking faster than a 3000-pound anchor.

And Karama is enjoying the ride.

Just look at what happened yesterday… Joe Biden has a new plan to try to revive his poll numbers… and it’s absolutely the worst idea on the planet.

The new plan, which Jill and his sister Valerie came up with, is for Joe to go out there and “talk” to the American people, like only he can, and make them understand how great things are actually going.

Okay, there are a couple of problems with this plan right out of the gate…

First, Joe can’t speak. He looks and sounds like he should be in a nursing home playing checkers and having his meds delivered to him in a Dixie Cup.

Next, this isn’t 1992 anymore, and Americans are no longer easily bamboozled by slick-talking politicians. We have this thing called social media now, and it’s changed the way politics works, and the only people who don’t realize this are Jill and Valerie Biden.

And finally, nothing is “great.”

The economy sucks, and the so-called jobs Joe has “created” are just old jobs that were lost when the entire country shut down, which shouldn’t have been lost in the first place. You can’t create a disaster and then say “LOOK AT HOW I FIXED THIS DISASTER!! AREN’T I GREAT??”

Like I said, that may have worked in 1992, but that game doesn’t work anymore.

THIS is the reality of life in Joe Biden’s sucky America: 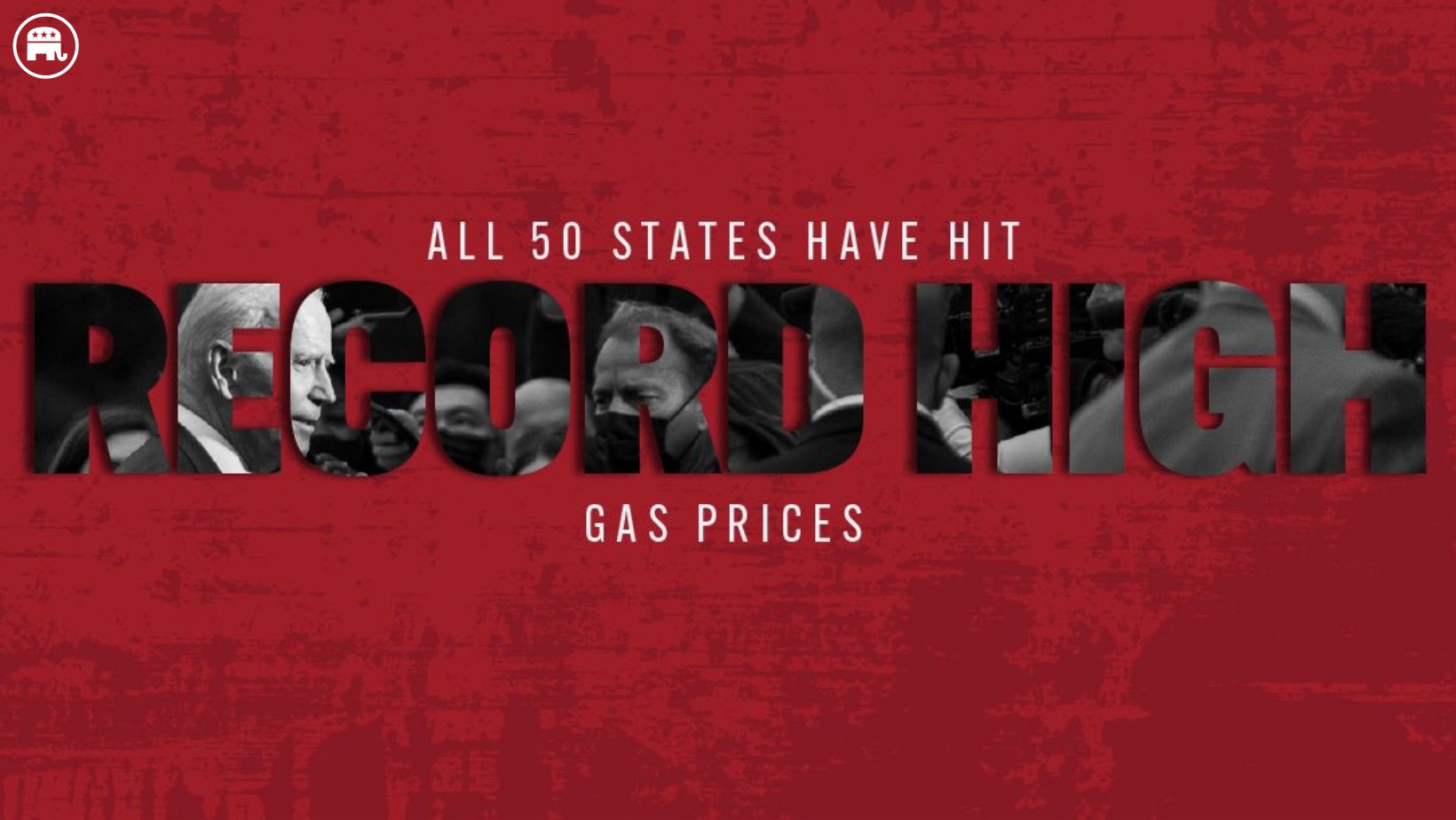 See, Americans remember what a good economy looks and feels like… We just had one not that long ago.

It only took Joe Biden 16 months to 'transition' President Trump's booming economy to a looming recession.

And we’re not stupid.

We know Joe Biden hasn’t “created” any jobs. As I said, the jobs coming back should have never been taken away, to begin with, and we all know that.

What we have right now is the typical Obama/Biden stagnant economy, that’s more focused on globalism than Americanism.

We all know that… We lived with that crap for 8 years under Barry’s miserable regime.

CNN: Biden's net approval on Economy at this point in office is tied for the LOWEST of any President in the last 40 years pic.twitter.com/PBtHRsbTxg

But regardless of all that, Joe Biden, on the advice of his clueless wife and babbling sister, is out there shuffling across the country, telling Americans how “great” we’ve all got it… as if hearing this fake news from a frail, weak, Alzheimer’s patient is supposed to make everything okay.

It’s insulting and a huge slap in the face for everyone who’s struggling right now.

How can an idiot, who doesn’t even realize there’s a problem, relate to the American people who are suffering, and fix the mess?

If multi-millionaire Joe Biden thinks everything is great, then what’s there to fix?

President Biden: "Part of the reason I ran for president is because I was tired of trickle-down economics. It doesn't work. My plans have produced the strongest, fastest, most wide-spread economic recovery America has ever experienced with record jobs." pic.twitter.com/Nea3wuKpOd

And that’s where Karma stepped in again and rained all over Jill, Valerie, and Joe’s new plans.

Breitbart just reported that 83 percent of Americans say the economy is poor or not good.

Yes, I said 83 percent… and this comes on the SAME DAY Biden is celebrating his GREAT economy.

I mean, you just can’t make up this kind of god-awful timing, can you?

A severe pessimism grips the U.S. economy and Americans report the highest level of dissatisfaction with their financial situation in at least half a century, poll results released Monday show.

The poll results show just how much inflation has damaged the U.S. economy and the perceptions of Americans about their own financial well-being. The Consumer Price Index in March was up the most in 40 years and the April inflation rate was close behind it. The government will release figures for May’s price level on Friday.

Thirty-five percent said they are not at all satisfied with their financial condition, the highest level of dissatisfaction since NORC began asking the question every few years starting in 1972.

Joe Biden is getting everything he deserves.

We all know he didn’t legitimately win 81 million legal votes.

And that old saying about cheaters never winning is true.

Sure, Joe may sit in the White House right now, but what’s happening to his reputation and his beloved “legacy” is eating him alive.

He can literally TASTE the contempt that Americans have for him… and trust me when I say, no matter how mushy his brains get, he still knows that whatever “magic” he had back in the 90s to manipulate and fool the American people, is now gone, and he doesn’t know what to do, or how to act.

This is when that other old saying really comes into play… Be careful what you wish for.

Joe and Jill are probably the best examples of that right now, and I have a feeling it’s only going to get worse.

Related Topics:
Up Next

CDC Is Now Warning People To Wear Masks For MonkeyPox